You've heard it on your computer or iPod, and now you can see a free live presentation of the Genealogy Gems Podcast show at Jamboree in Los Angeles, CA!  I will be chatting with the audience and a glittering line up of guests on:


Bring your lunch and sit in on a rare opportunity to see a podcast production in action.  My special guests include:

Maureen Taylor, The Photo Detective
Get the dish on her new Civil War photography book

Suzanne Russo Adams, of Ancestry.com
Fresh from doing research for the popular new TV show Who Do You Think You Are?

Chris Haley, Genealogist and Artist
Listen in on a candid interview with Alex Haley's nephew the day after his Banquet presentation!

PRIZES WILL BE GIVEN AWAY THROUGHOUT THE PODCAST... so grab your lunch and head to the pavilion to be part of the live audience!

Check out this promo video: 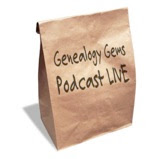 Posted by Lisa Louise Cooke at 8:31 PM No comments:

Do You Have Pretty Little Pony Pics in Your Family History?

Blacks and bays, dapples and greys
Running in the night
When you wake
You shall have
All the pretty little ponies

Are there any pretty little ponies in your family tree photos?
That's what my friend genealogy blogger Ian Hadden asked in a recent post called Riding Ponies.  He starts us off my sharing a pic of baby Ian riding high on a pony and then goes further back in his tree to a photo of his father doing the same.
Roaming photographers snapped pony pictures in towns across the land.  Ian's photos reminded me of photos in my own collection and I quickly retrieved some favorites of my grandfather, Al...

Genealogy Gems Premium Members and those who've picked up a copy of the Google Earth for Genealogy DVD will recognize this street as 288 Connecticut, in San Francisco.  The location was unknown to my family for many decades, but through the intersection of census records, voters registrations, and Google Earth the mystery was solved and the location identified. 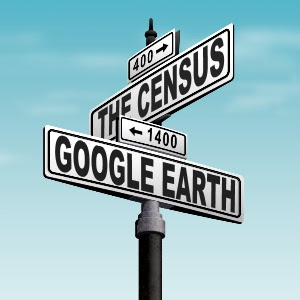 The year was 1908, and San Francisco was still recovering from the great earthquake of '06.  That's Al's father Charles Allen standing on the sidewalk (the man on the right) keeping an eye on his little buckaroo.  (A bit of trivia: Charles is the son of the man in the Genealogy Gems Podcast logo.)  The difference between Al's pony and Ian's is that this pony was stuffed!  However, Al did eventually make his way on to the real thing...

Do you have a pretty little pony picture in your collection?

If you watch Law and Order than perhaps you saw the episode earlier this month called The Rubber Room where they are dealing with a blog and they call in a forensic linguist to see if the text matched up with a student or a teacher in a school. Gus Marsh wrote in to tell me that when he saw it he thought of Genealogy Gems.  That’s because my guest on the last episode #89 was Forensic Linguist Dr. Robert Leonard.

I’m disappointed I missed that episode of Law and Order, but on the newest episode of The Genealogy Gems Podcast I am very pleased to feature more of my conversation with Dr. Robert Leonard, PhD, & Forensic Linguist. He was fascinating to talk to, and was totally game for looking at how forensic linguistics could be applied to genealogy.

"You carry traces of every place you’ve ever lived in your speech – they might not surface all the time, but then at the oddest times they will." Dr. Robert Leonard.

In this episode Dr. Leonard gives us some clues on how to revisit those documents that we thought we had already gleaned everything from and he explains how we need to look at them in new ways!

I just think it’s fascinating to see how scientific principles can be yet another tool in our genealogical toolbelt!

"The interesting thing always in science is not the single item, but it is the series of items, a wave of items, a pattern. So, that’s why it is good to write these things down. Because one or two or ten by themselves may not tell the story, but then you put that 11th together and then it’s like a little jig saw puzzle." Dr. Robert Leonard

You're also going to learn some unexpected things about this PhD that will surprise you!
Listen to Genealogy Gems Podcast Episode 90.