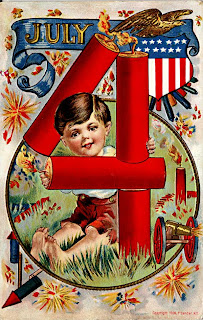 Hi friends! Lots of new today.
First, I've just published a Bonus Nostaligic Independence Day Podcast just for you. Listen to famous speeches and patriotic music from the turn of the 20th century.
Next, Revolutionize your genealogy research this summer with a Premium Membership. I've got great interviews to inspire you, research tips to empower you, puzzles to challenge you. Add our summertime Googlepaloosa into the mix and it's all out war on research brick walls! And with the Revolutionary Special of 20% off Genealogy Gems Premium membership it's easier than ever to join in for ALL the fun. (Coupon Code 28F10F Expires 7/15/08).

And finally, this month's Episode #49 will include Part 2 of my conversation with Kathy Lennon of the Lennon Sisters. And here's a sneak peek for August: Get your Powder Milk biscuits and a tall glass of milk cuz we're going to be talking to Tim Russell from the nostalgic radio show (and movie!) A Prairie Home Companion. Tim will share his family history research and heirlooms, what it was like to work with Meryl Streep, Lily Tomlin, and Woody Harrelson, and even do a few familiar voices for us.
Happy Summertime to ya! 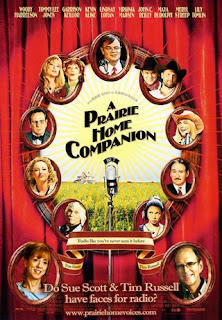 Posted by Lisa Louise Cooke at 9:55 AM No comments:

NARA moves record keeping out of filing cabinets and into cyberspace!

The National Archives Announced today the successful completion of a major milestone of the Electronic Record Archives System in the following press release. It's exciting news for genealogists!

Washington, D.C. . . Archivist of the United States Allen Weinstein announced today the launch of a major initiative which lays the foundation for preserving electronic and all other records generated by the government and providing public access to them. The Initial Operating Capability of the National Archives Electronic RecordsArchives (ERA) is the beginning of far-reaching changes in the management of U.S. government records.

In its initial stage, the new system will support the basic process of determining how long federal agencies need to keep records and whether the records should be preserved in the National Archives afterwards. ERA will support this process for all federal records, whether they are paper, film, electronic, or other media. In July, the National Archives will start moving approximately three and a half million computer files into ERA. These historically-valuable electronic records range from databases about World War II soldiers to the State Department's central files on foreign affairs. The records eventuallywill be accessible online in ERA.

ERA is a multi-year project spearheaded by the National Archives and Lockheed Martin, the development contractor, to create a 'permanent' solution for the ever-changing challenge of preserving electronic records. Because new formats of electronic records are constantly being created and older formats become obsolete quickly, the 'permanent' solution cannot be a one-time fix. It has to be a dynamic system whichcan grow to accommodate ever-increasing volumes, be extended to deal with new formats, and evolve to enable records on obsolete formats to be accessed on new computers. The goal is to enable researchers 50 or 100 years from now to find and retrieve electronic records using the best technology available to them, regardless of what hardware or software was used to create them. ERA will also move record keeping out of filing cabinets and into cyberspace. Besides the direct benefit to government, these capabilities will make it easier for citizens to discover what records the government has and to access them.

In making the announcement, Professor Weinstein said "There has beena race against technology as we watch software become obsolete almost as soon as it is installed in our computers. All of us have stored personal memories or favorite music on 8-track tapes, floppy disks, or 8mm film. In many cases, these technologies are now relics and we have no way to access the stored information. Imagine this problem multiplied millions and millions of times---that's what the federal government is facing today. But thanks to ERA," he continued, "the technology for preserving electronic records is finally beginning to catch up with the technology for creating them. This Initial Operating Capability is a crucial step in ensuring that our recent history will be saved."

The ERA development has been shaped by extensive dialogue with stakeholders both inside the federal government and around the world. Four federal partners, who have been instrumental in testing the system, will start using ERA in September: the U.S. Patent and Trademark Office, the National Oceanographic Office, the National Nuclear SecurityAdministration, and the Bureau of Labor Statistics. Valuable input from these partners has been used to fine-tune the system.

In 2010, the National Archives intends to make the system available to the public. Ultimately, the Archives expects the system to be able to preserve and provide access to ever-increasing volumes of important electronic records of the federal government, even long after the hardware and software used to create them has become obsolete.
Posted by Lisa Louise Cooke at 12:07 PM No comments:

Are Your Ancestors Really Who You Think They Are? 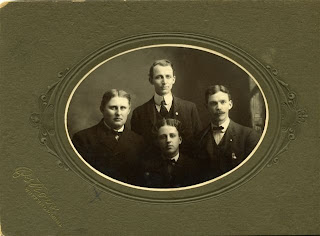 For years we had a photo in our family of a known ancestor with three other young men in about 1890. Armed with the solid information that he had three brothers, we felt sure that this was a portrait of siblings.
And we couldn't have been more wrong!
After making contact with various relatives and obtaining photos from that era of the brothers, it was very clear that the three young men in the portrait were NOT siblings. We've come to learn that the ancestor was active in musical groups and clubs and it's very possible that the misidentified young men were friends involved in one of his many activities. 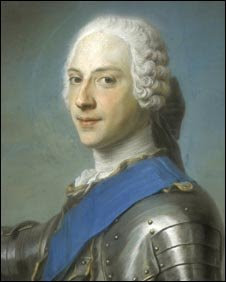 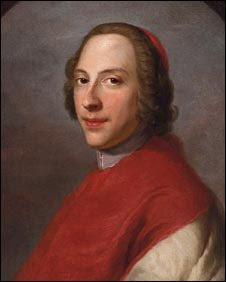 Top: "Bonnie Prince Charlie" by Maurice Quentin de la Tour;
Bottom: Henry Stuart, aka Cardinal York
But I am not the first to fall prey to incorrect assumptions. The Scottish National Portrait Gallery has found they too may have a misidentified portrait on their hands. The gallery's famous pastel portrait of Bonnie Prince Charlie by Maurice Quentin de la Tour may not be Prince Charles Edward Stuart at all - but rather his brother younger brother, Henry Stuart, also known as Cardinal York.
The Gallery invested a bit more than I did in my ancestor's portrait: £22,000. An expensive mistake?
According to the BBC News, the key to unlocking the mystery came in February 2008 when a painting entitled simply "Portrait of a Cardinal" came up for auction and was purchased by London art dealers Philip Mould. Using computer technology London-based art dealer Bendor Grosvenor compared the different images and came to the conclusion that the picture was of Henry, NOT Charlie.
While many in the art world concur, the gallery has yet to jump on board with the new identity of one of Britain's most famous ancestors.

Posted by Lisa Louise Cooke at 3:17 PM No comments:

Here's the latest from FamilySearch:

"The Record Search pilot has added 72 million new names to its Mexico Baptism collection online. The collection was transcribed from Mexico parish records dating from 1659 to 1905, and is not necessarily complete for any particular place or region. It also includes records from the Middle America Vital Records Index--Mexico that was published in 1999 on CD only.

The newly expanded database can be searched for free at http://pilot.familysearch.org. The data was transcribed by FamilySearch's impressive force of volunteer indexers worldwide (see www.familysearchindexing.org). Volunteers donate a little time each week or month transcribing select information from digital images of original source documents using FamilySearch's online indexing utility. Anyone interested in joining the global, community-based indexing initiative, or wanting to see what projects are currently being indexed, can do so at www.familysearchindexing.org. "
Posted by Lisa Louise Cooke at 5:21 PM No comments: 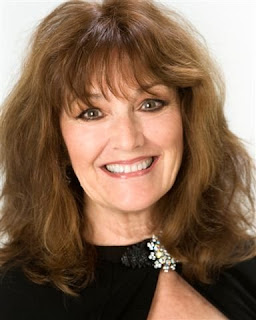 In an exclusive interview for the Genealogy Gems Podcast, Kathy Lennon, one of the famous Lennon Sisters dubbed "America's Sweethearts of Song" talks about her famous family, her passion for family history, and an exciting new venture steeped in that family history that she has undertaken with her sister Janet: Best Pals Dolls.
"Through the years I've always been so interested in genealogy, and what makes America, America," says Kathy. "(The Lennon family) really are a typical American family...It's just a love of mine!"
Part One of this two part interview is available in the free Genealogy Gems Podcast Episode #48. The Interview will wrap up in Episode #49. 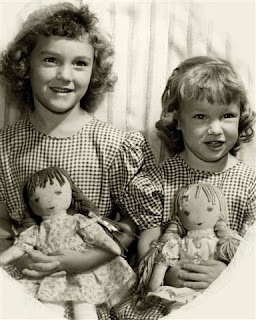 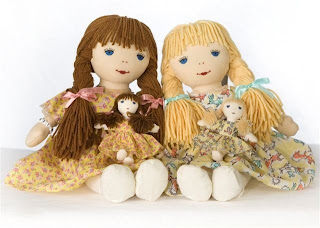 Posted by Lisa Louise Cooke at 8:07 AM No comments:

Ancestors Taking A Bite Out Of The Old Pocketbook 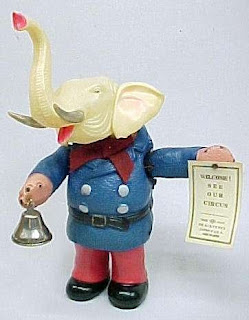 Don't have enough debt of your own? Do what Prince Charles recently did and take on the financial debt of your ancestors.

Charles handed over the sum of £453.15 to a clothing company for a 350-year-old debt left by King Charles II. Seems the negligent ancestor failed to pay the bill when he commissioned The Clothiers Company of Worcester to make uniforms for his troops in 1651.

Were the folks at the Clothiers Company wolves in sheep's clothing? No, but perhaps they were elephants as these folks never forgot the debt!

As Prince Charles ponied up he joked that he was glad he didn't have to pay back any interest. "It seems that members of the Clothiers Company have a long memory," said the conscientious Prince.

What would it cost you if you decided to pay up on your ancestor's debts? Leave your comment and let's see who will go bankrupt first.
Posted by Lisa Louise Cooke at 9:18 AM No comments:

How Many Are There Of You? Enumerate Me Followup

That's the question posed by a fun website called HowManyofMe? Seemed like a logical choice for a modern day followup to my recent Enumerate Me blog about finding yourself in the 1900 census. HowManyOfMe? uses recent census data, though it does eliminate uncommon surnames.

and how about some of my fave genealogy blogger and podcaster buddies...

There are 2 people in the U.S. named Myrtle Dear

There are 5 people in the U.S. named Randy Seaver

There are 5 people in the U.S. named William Puller

How many are there of you these days?
Posted by Lisa Louise Cooke at 7:45 PM 2 comments:

Need to get started preserving your digital heritage? 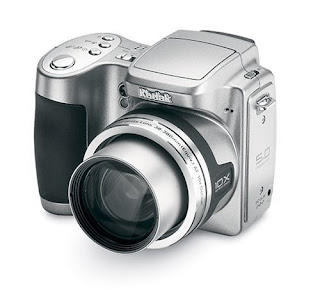 Now you can learn from the Library of Congress what you can do to preserve your personal heritage. The LOC's Digital Preservation website has developed a short presentation to help you learn more about why digital preservation is important and how the Library and its partners are developing a national digital preservation plan. The presentation is short and a great overview.
Posted by Lisa Louise Cooke at 8:03 PM No comments: